A brand new Zebra BI for Office is finally released! We will continue to support Zebra BI Add-in for Excel, but all the game-changing features will be added to the new version.
Learn more
Blog - Latest News
You are here: Home1 / Zebra Charts2 / Time Series Analysis 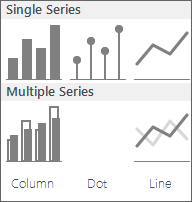 Let us start with the most basic time-series chart. Click anywhere inside your data table and select the column chart:

Time Series – a basic chart, inserted from a vertical table

Zebra BI also allows you to insert time charts from horizontal tables (time elements in columns, not in rows):

Time Series – a basic chart inserted from a horizontal table

In exactly the same way you can insert a “Pin” chart (dot chart with vertical lines) or a line chart:

If you expect the users to mostly compare single values, then you should consider using Columns or Dots. In case the user is expected to analyze trends, you should consider inserting a Line chart instead (especially on smaller charts!). To learn more about which chart to use, read the article Which chart should I use? 3 fundamental rules. 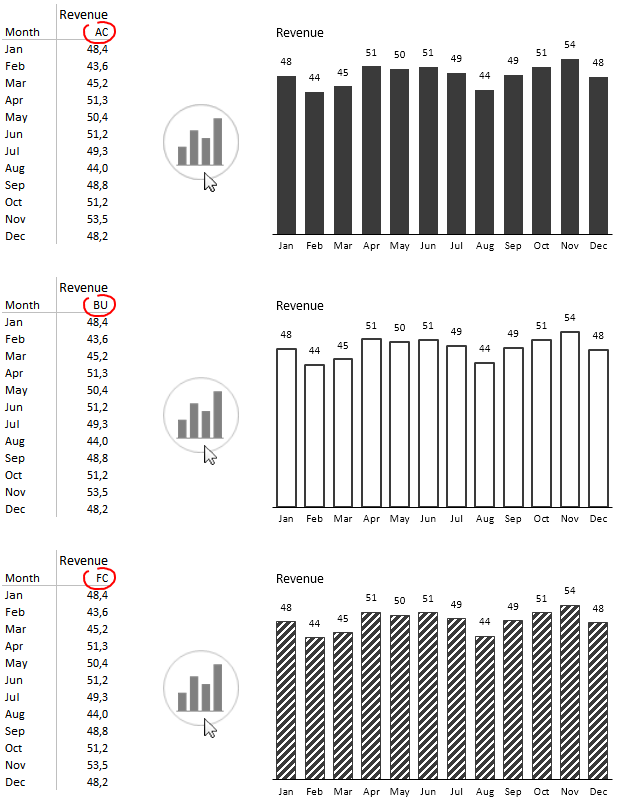 If you have data for more data scenarios, such as for example Actual values until August and Budget (Target) values for the whole year, then Zebra BI will produce a Single time series analysis as a chart with more data scenarios aligned in a single time series. To achieve this, place your data for each scenario in a separated column and give the column header the right name (e.g. AC, BU, FC, PY):

If you want to add scenario labels to the chart (below axis labels), just place them at the appropriate position in a separate category class column next to your categories (in our case months) and then insert your chart:

This works even with 3 data scenarios. E.g.:

Here is another example, this time monthly values for 2 years with 3 scenario segments (actual, forecast and budget) and with an extended label “BU 2015” to label next year’s budget: 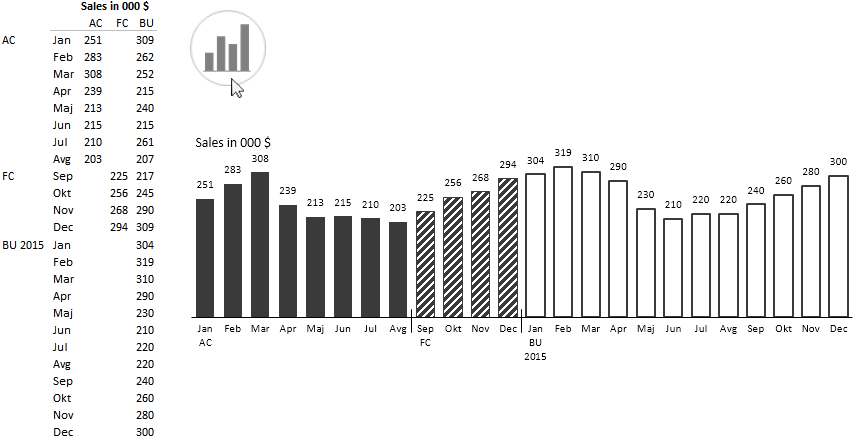 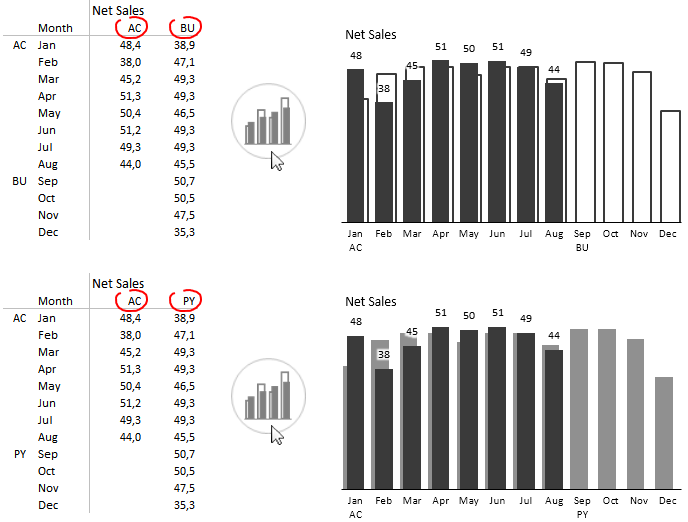 Here is how these two comparisons would look like in a line chart: 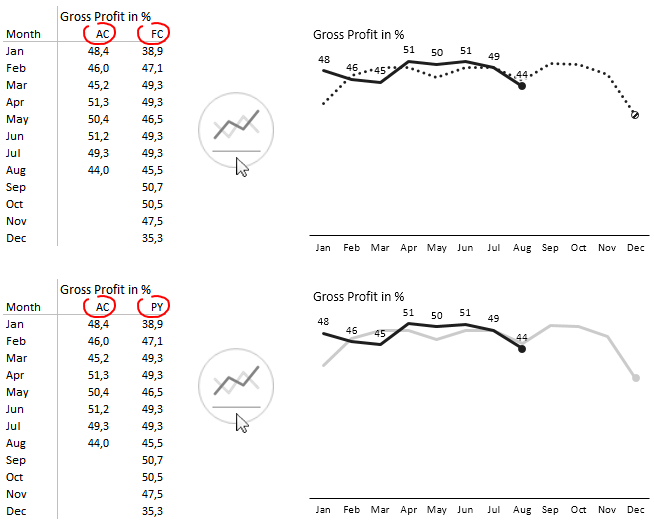